Japanese style curry rice (kare raisu) is a soul-satisfying stew with beef, vegetables, and an apple, perfect for an autumn meal.

This post is sponsored in conjunction with AppleWeek . I received product samples from sponsor companies to aid in the creation of the AppleWeek recipes. All opinions are mine alone.

Swiss Diamond very generously supplied me  with a 5.5-quart nonstick soup pot to demonstrate the cooking of this recipe in. I am very  pleased with it. It’s nice and heavy; has stay-cool handles,  oven safe up to 500ºF, has a steam vent in the knob  lid, and  the non-stick coating has diamond  crystals  in it to make it both durable and resist scratching so I don’t ever see that as having issues with sticking or other concerns with the nonstick, and it is PFOA-free.

Read more about Swiss Diamond  or follow them on social  media:

Have You Ever Tried Japanese Curry?

Chances are, if you have only ever eaten Japanese food in a Japanese restaurant, you have never tasted anything remotely like this.  But should you want to eat the way the Japanese do, the way they eat at home, this is the perfect supper, complete  with an autumn apple for #AppleWeek.

The name of this stew, “Kare Raisu”, means literally, “Curry Rice.” Curry is more commonly an Indian dish, but rather than  just trekking eastward, the curry had to  make its way to England and then back across the Asian continent to Japan before it became popular there (and it is indeed popular). And along the way it picked up a few changes.

How Does it Taste?

The taste  is not solidly like a beef curry  anymore, but has a Western  influence that makes it a hybrid with beef stew. And by the time it had reached Japan,  it had gained a little bit of fruity sweetness, often from bananas or apples, and was commonly served with rice.

I’d read somewhere that the Japanese make this at home around three times per month. And  while I don’t know for certain if that is true, I could certainly believe it. The aromas linger. The next day after making this for dinner  I came down for breakfast and the house around the kitchen still smelled so good.

Even Better the Next Day

As stews often go,  the leftovers will reheat even better than the first time, so this is not a  problem moving right along the meal planner.  I took the extra time  proffered by having had such a big pot of delicious dinner  to move  ahead and use my cooking time to bake a cake and had that stew again for an encore supper. Even though I know it would freeze very well. I had not tired of it.

This post contains affiliate links, which help defray my website costs by earning a small percentage of your  purchase (should you decide to make a  purchase using the provided links). You can view the links at no cost to you and your purchase price remains the same as if you had accessed the shop normally,  so no worries.

Don’t forget we have a giveaway going  on. Click the link  to go to the #AppleWeek  Welcome page to sign up. There are lots of delicious prizes to be had, including the beautiful soup pot like the one I used in this post, as part of a complete Swiss Diamond cookware set.

From  the kitchen of palatablepastime.com 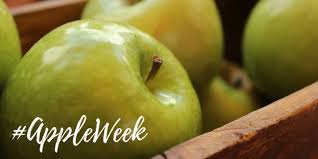 I'm Sue Lau and I am cooking up kitchen love in Cincinnati Ohio with an emphasis on Heartland, Southern US and Amish cooking as well as Ethnic cuisine. The kitchen is my happy place, where I find joy in creating delicious recipes for my friends, family, and my readers here. Join me as my cooking hobby takes our mutual love of cooking from our home to the wonderful world of food beyond.