Colombian Red Beans – Frisoles Antioquenos are served with rice and a flavorful part of the national dish of Colombia.

Frisoles Antioquenos are said to be a part of the National Colombian dish called Bandeja Paisa which is a tray of several dishes which includes the cooked red beans, rice, avocado, tomato, and some sort of meat such as grilled steak or chorizo, and sometimes topped with a fried egg.

I had read about this recipe several years ago and the one that took most of my interest was a recipe by Erica Dinho, and from which this recipe is adapted. I served those beans with rice, carne asada and also some ranchera sauce, tomato and avocado as well as some chiles toreados.

You can see some other pictures I have taken of this below, where I served the beans with rice, avocado, tomato and ranchera sauce as part of a bandeja paisa, as well as having some carne asada on the side to make a full meal (although the meat isn’t really necessary if you don’t want that much food).

You might ask yourself as you read through the recipe why on earth you would ever go to so much trouble making separate sauces and pastes just to make some beans.

But…but…but…I have to tell you in earnest that these are in fact, the very best beans I have ever eaten. Before this, I had no idea that you could go about building layer after layer of complexity in flavor in something as simple as beans. But since making this, it has just reassured me that there are ways to make even the simplest of foods even more sublime, to raise the street food of a peasant to that of a king, to really make your cooking shine.

So I do hope you take the few extra minutes to try the methods suggested in this recipe. If not, I have seen where you can buy things such as hogao sauce ready made in a jar, so you *could* cheat a little bit and save a little time if you are very busy.

But don’t cut yourself short by ignoring the ways to elevate the lowly bean to one which inspires your passion, and your palate. Doing so is the best pastime.

From the kitchen of palatablepastime.com 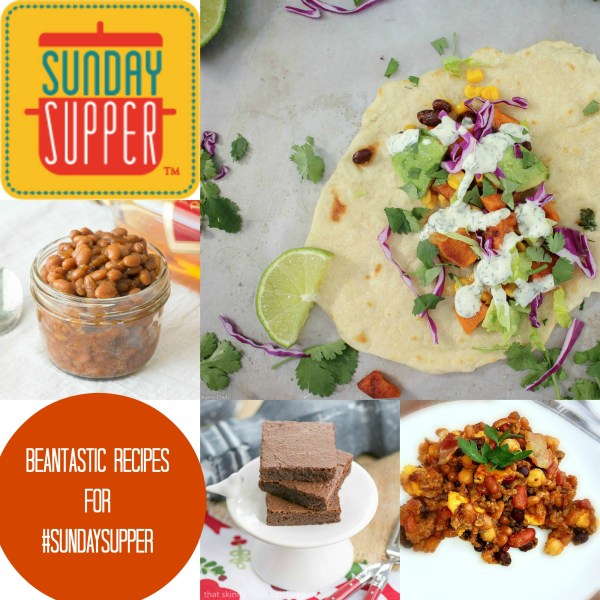 As part of the Sunday Supper Movement, I and a host of other food bloggers are pleased to present to you some of our favorite bean recipes to start the month of March like a lion. Special thanks to Tammi of MommasMeals for graciously hosting this event and working so hard to make sure all the I’s are dotted and T’s are crossed. It’s a big group and a ton of work to keep all together! Thanks so much.

I'm Sue Lau and I am cooking up kitchen love in Cincinnati Ohio with an emphasis on Heartland, Southern US and Amish cooking as well as Ethnic cuisine.

What to Eat in January